Gold repayment that needs to be in gold

The Reserve Bank of India stated on Wednesday showing that gold jewellery merchants and domestic producers can now repay a portion of their Gold (Metal) Loans (GML) employing genuine physical gold. According to current guidelines, banks allowed to purchase gold and allowed banks to engage in the Gold Monetization Scheme, 2015 (GMS) can issue GML to gold jewellery exporters or domestic producers. 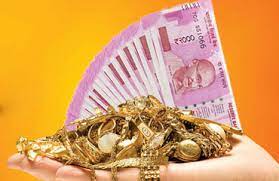 However, the GML gets in Indian rupees, supposed to be equivalent to the value of the gold lent. Therefore, RBI has revamped the norms by looking into them deliberately. The RBI circular released on Wednesday stated, “Banks should give an alternative to the borrower to repay a portion of the GML in physical gold in lots of one kilo or more.”

According to the bank, the refiner or central agency transfers the gold immediately to the lender on behalf of the borrower, with no engagement of the borrower. Another requirement for employing genuine gold to replace a loan is that the loan agreement includes information about the borrower’s choices. It should also specify acceptable criteria and the method in which the lender must present the gold to repay the GML.

The Central Bank has also instructed banks to include all relevant features in the board-approved GML policy. In addition, banks should also include associated risk management procedures. “RBI said, “In addition, the monitoring process will be there by banks for the money use GML showed it”