Gold Rates have risen and silver reaches a whooping high

Gold rates were steady on Friday as investors waited for US inflation data due later in the day after signals from Federal Reserve officials this week on interest rate hikes. After choppy trading, the yellow metal seems to have modest gains in domestic markets. 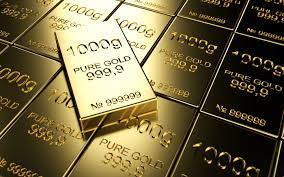 Fewer Americans filed new claims for unemployment benefits, according to data, as the labour market is recovering from the pandemic amid a reopening economy.  Investors are now focusing on US producer price data on Friday for further clues to predict rising inflation.

The dollar index saw a slight change against a basket of currencies at 91.839, holding below a two-month high of 92.408 touched last week. Some investors view the precious metals as a barrier against higher inflation that might follow stimulus measures.

Despite the opening up of the economy, the demand for physical gold in the world’s second-largest bullion market remains slug even after lifting the shutters. Purchases have increased recently, but the dealers anticipate a significant fall in overall sales. (ETF) Exchange-Traded Fund outflows also show weaker investor interest.

ETF outflows show weaker investor interests while the price is rising inflation concerns. Gold may remain turbulent along with the US dollar, and general bias remains weak owing to Fed’s monetary tightening outlook.