Between March and May 15, Government Banks have sanctioned an enormous amount of Rs 6.45 lakh crore worth loans to farming & agriculture, and MSME for tackling the problem of lack of funds due to the impact of Covid-19. 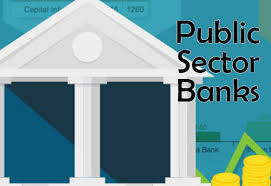 “Public Sector Banks sanctioned over Rs 1.03 lakh crore as emergency credit lines & working capital enhancements in the period March 20 to May 15, which is a substantial increase over the Rs 65,879 crore that had been sanctioned up to May 8,” she said.

The government banks and state-owned banks launched a crisis credit line to give funds to its current MSME and corporate borrowers in the last week of March, not long after the lockdown was declared.

Under the plan, the banks give an extra credit extension of 10% of the current fund dependent on the working capital, subject to a limit of Rs 200 crore.

In addition, government banks have offered a 3-month ban on credit reimbursement till May 31 according to the RBI rules. RBI is likely to extend the moratorium of loan repayment for three additional months owing to the extension of lockdown up to May 31 as directed by the government.

It would be the appropriate time that the companies shall be provided with at least one-fourth of its business operations before requesting that they begin the repayment of their credit commitments, said Indiforward’s Executive Director Abhishek Chauhan. An extra three-month moratorium by RBI is essential both in the light of a legitimate concern for companies as well as the financial sector, he said.

RBI had allowed a three-month hold in the month of March on the repayment of all term loans which which were due between March 1,2020 and May 31, 2020.

“With the lockdown now extended up to May 31, we expect RBI to extend the moratorium by three months more,” SBI’s research report Ecowrap said.