The government has guaranteed loan scheme size may rise

The government’s ECLGS(Emergency Credit-Linked Guarantee scheme) is going to be scaled up from Rs 3 lakh crore to Rs 5 lakh crore, expanding the scope of the scheme to include the hospitals also.

The original target group of the scheme was MSME only, but as the loan sanctions under the ECLGS near the Rs 3 lakh crore mark the government allowed the funds to be used by a lot of other sectors there the move came under action. 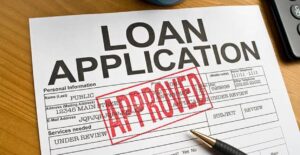 According to the sources, both the brownfield and well greenfield hospitals will also be covered by this scheme. The government is looking to build up the health care infrastructure across the whole country. The maximum permissible loan amount would be around Rs 100 crore which will be applicable for facilities in the non-metro cities in these cases.

In the case of the greenfield hospital projects, the National Credit Guarantee Trustee Company will make sure to provide up to 75% of the funding. Where existing facilities are being scaled up only 50% of the loan will be covered.

To aid the health care sector a separate liquidity window has also been announced by the Reserve bank of India.

According to the centre, a Guarantee-driven approach would be a cost-effective tool to support the feasible businesses and that too without extracting much cost.

Sources also stated that the government is working on getting all the clearances that are required to expand the scheme and could also initiate further measures in the coming months.

Last month finance minister Nirmala Sitharaman also stated that the existing scheme has the scope to meet the requirement for higher government support, the reason being the partial implementation of budget measures.

The government believes that it’s the poor who need more support in these dire circumstances as they are the ones whose livelihood and savings both are impacted severely.

Government sources also pointed to a lot of other schemes like food grains settlement claims under the PM Jan Dhan yojana without insisting on the death certificate from the municipal body.

The Finance Minister has been regularly holding meetings with several government departments as well as public sector companies to push capital expenditure which in turn would boost the demand for steel and cement sectors eventually creating jobs.