The Government of India is looking to lure in as many as 1000 businesses amidst the ongoing tension between the United States and China. In April, the Government of India approached more than 1000 US companies offering incentives and tax benefits to manufacturers wanting to move out of China. 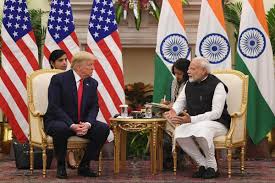 The medical equipment suppliers, food processing units, textiles, and auto part makers are being prioritized by India while the list covers over 550 products. While Japan has earmarked $2.2 billion to enable the factories to shift from China, European Union members also plan to cut out their dependence on China’s suppliers.

Trump has been blaming China for the current pandemic situation that has claimed over a quarter- million lives so far. This is likely to worsen the trading relationship for the two countries, from which India might benefit from.