Our government has launched a new LTC scheme that seems to be a puzzle to tall the economic enthusiasts, so we are here to break it down for you.

According to our honourable Finance Minister Nirmala Sitharaman, two new sets of measure will be introduced to boost spending and to create this additional demand there is going to be an introduction of rupees 1 lakh crore in the economy. According to her, our supply chain has been eased off; however, the consumer demand still remains firm. 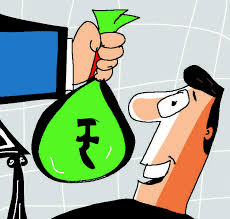 The Central Government employees could avail the LTC benefits without actually travelling from one place to the other. Instead, they have to purchase items of 12% GST, hence spending three times than usual. Now if you do not follow this simple rule, then you would have to pay the taxes as levied by the government without any concession.

Benefits of LTC scheme to the economy

It is expected that there could be a creation of additional demand for rupees 19,000 crores. Other than that, the economy could boost up to 20,000 crores of demand. These figures were estimated based on the employees of the private sector, 9000 crore generation could be made from the government employees alone. It can be seen that there could hence be a two-way benefit.

Read: In MSME the Government Decides to Infuse Rs 20,000 crores.