The lender said in the public notice that “ HDFC Bank Limited (Bank) has announced that it will reimburse the GPS device cost to vehicle loan clients who purchased a GPS device as part of their auto loan funding between FY 2013-14 and FY 2019-20.

Customers who purchased a GPS gadget as part of an auto loan between FY14 and FY20 would receive a refund from HDFC Bank, the country’s largest private sector lender. The lender stated the reimbursement would be credited to the customer’s bank account as recorded with the lender in a public notice published in the newspaper on Thursday. 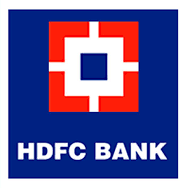 According to FE’s sources, HDFC Bank refunds the money to consumers following the Reserve Bank of India instructions (RBI). According to sources, the entire refund amount as GPS commission might be in the range of Rs 40 crore.

The RBI fined HDFC Bank Rs 10 crore last month to comply with regulatory requirements in the GPS device commission case. The penalty, however, was based on regulatory compliance issues and was not meant to be a judgment on the validity of any transaction or agreement between the bank and its customers, according to the regulator. However, after examining the bank’s response to the show-cause letter, the regulator issued the penalty.

The inconsistencies in the vehicle loan portfolio are related to allegations that some bank executives pressured borrowers to obtain GPS trackers as part of their auto loans. Former MD and CEO Aditya Puri admitted to bank officials’ misbehaviour at the bank’s AGM, saying that an internal investigation was performed against a few erring personnel, and appropriate action was taken.

Puri said during the company’s annual general meeting on July 18, 2020, “We had received some whistle-blowing allegations, and internal investigations into the topic have not revealed any conflict-of-interest issues, nor does it have any influence on our loan portfolio.”