Home loans: Interest Rates For 30 Lakhs Plus Loans To Drop

The current home loan-interest rate system followed by the Indian banks and other such financial institutions is an increment-based system, with interest rates getting higher with the principal borrowed. 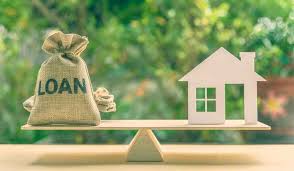 Home loans will become more affordable under the new regime

Unlike an unsecured loan such as a personal loan, which requires the lending organisations to maintain 100% of the designated capital, lenders are allowed to have lower capital with them for home loans as they are considered safe because of the security.

In the credit policy announced by the RBI on Friday, the capital requirement will depend on only Loan-To-Value (LTV) and not on the size of the loan and also check the documents required for home loan.

Among a number of policy redressal proposals that have already been approved or a matter of severe talks in the Reserve Bank of India (RBI) to boost the economy and fuel demand in the post-pandemic financial scenario, the central bank may allow the sizable part of these loans to become cheaper.

The interest cuts are expected to be the sharpest for home loans and loans above 75 Lakhs, but there would be some relief for all borrowers, borrowing more than 30 Lakhs as soon as the new policy is officially announced.

This move is in tandem with efforts to revive industries adversely affected by the lockdown and put money directly in the hands of people who are currently going through high rates of unemployment and added expenses as a result of the nation-wide lockdown.

Read: Home loans will now be more affordable with the latest changes by RBI.