Hyundai to electrify mass market with its new launches 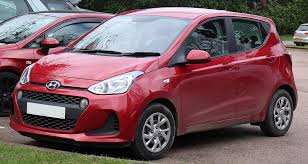 The company has prepared to launch a new EON 1.1 Liter version to battle against Maruti’s Alto K10.

According to an individual familiar with development “Company is likely to introduce new Eon 1.1 L engine, an engine currently being used in Santro Xing”.

The company has also planned to launch its small car Grand i10, incoming September this year. It is expected to give competition to Maruti’s Swift. It is a brand new car sited between i10 and i20. It will be manufactured at the company’s plant located in Chennai.

This brand new car will come into engine variations namely 1.1 L U2 Diesel and 1.2 L Petrol.

Even Hyundai India is planning to launch 4 new models in the next two years. These include a compact SUV and a compact sedan.