ICMR says that a 3rd shot might be required

Indian Council of Medical Research’s recent findings suggested that the antibodies developed by the 2 shots of Covishield are not enough to neutralise the Delta variant of the virus. Experts have said that a 3rd shot will tip the scales in our favour. 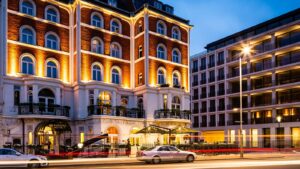 The ICMR study showed that there was a 4.5 and 3.5 fold reduction in antibodies when pitted against the Delta variant of the virus who had taken the 1 or 2 shots of covishield. This was lower than the SARS-CoV-2 which had the D614G mutation that was discovered last year.

Dr Samiran Panda, the chief of ICMR’s epidemiology and communicable diseases stated that a potential 3rd shot will help in the immunisation program against the virus.

Contracting covid and then recovering from it and then the vaccine’s extra support means that the patients had been introduced to the virus three times which allowed their bodies to develop a higher number of antibodies against the virus. With these results, ICMR’s statement could be proved about having the third shot to improve your immunity against it, said Dr Pragya Yadav.

She also added that the patients who had contracted covid after the vaccine, the breakthrough cases, showed that the covid in them was less severe and had a lower mortality rate. Also that a single shot was enough for people who had recovered from the Covid. The healthy individuals who had been vaccinated with 1 or 2 shots had a lower portion of antibodies in them compared to others, enough to fight the virus but only just about.