On Tuesday, 24 November, with the 10 paise higher against the US dollar, the rupee has been getting appreciation. It was also seen that the settling was at 74.01 and there has been strong tracking in the field of domestic equities. When the opening session took place, it happened to be noticed that the rupee has risen up to 21 paise to touch 73.90 in comparison against the dollar.

From the trade point, it was revealed that there was an improvement in the risk of the investor’s sentiment. When we take a look at the interbank foreign exchange market, 74.10 was the opening of domestic units against the dollar and it eventually touched 73.88. A final settlement was made by the domestic unit at 74.01 which was against the greenback and it is to be noted that there was a rise for the registration that was 10paise compared to its previous close. 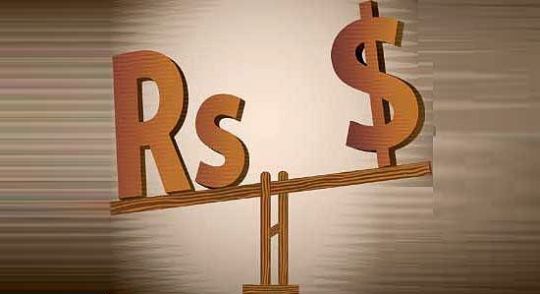 Coming and taking a look at the dollar index, it was seen to be down by 0.32 percent to 92.20, which is said to hold the strength of Greenbank. Statements were made by a few of the Reliance Securities stating that domestic markets have experienced an inflow into them with the foreign funds. But however, it was told by them that these flows have been mopped by the central bank.

AstraZeneca, being a major of pharmaceutical has stated that the analysis of clinical trials of the vaccines against the major hit of Covid are being made in Brazil and Uk and fortunately they have shown up to 70% efficiency and would be in a process to announce it as a third drugmaker worldwide.

It was said by Mr. Deepak Jasani, who is the Head of Retail Research of HDFC Securities, that the heavyweights of market indexes like ICICI Bank, HDFC Bank, and Axis Bank have been contributed on a big scale to the indices.