The Insolvency and Bankruptcy Code (IBC) was hailed as one of India’s most significant reforms in recent history. It was planned to revitalize companies, protect assets and resources, and be equal to all stakeholders. It was expected to make doing business in India much easier; such was the hope and hype, the world cheered us, and we jumped from 108th place in the Ease of Doing Business Index in 2018 to 52nd place in 2019.

After three years, most of us are less convinced; views vary from the most charitable “it’s still changing” to the blunter “a decent law ruined by the horrible implementation.” The figures are discouraging. In terms of reviving and saving companies, only 190 of the 3,312 cases submitted to the CIRP (Corporate Insolvency Resolution Process) were resolved by resolution, while 780 businesses were liquidated. Balance cases are either in the works or have been removed through mutual agreement while talking about the Insolvency and Bankruptcy Code 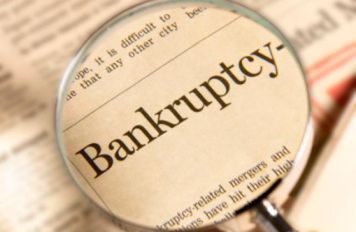 This equates to an 80% mortality rate. Lenders recovered only Rs 1.73 lakh crore of the total 970 cases closed by liquidation or resolution, taking a massive Rs 8.19 lakh crore haircut. There was a lot of talk about resurrecting a Bhushan Steel or a Monnet Ispat. However, of the 970 cases mentioned above, these seven “poster boy” cases account for just 1% of the total cases, despite their much higher importance in reference to the Insolvency and Bankruptcy Code.

The 180-day limit is rarely adhered to, and the National Company Law Appellate Tribunal (NCLAT) and the Insolvency and Bankruptcy Board of India (IBBI) have also expressed their displeasure with the unreasonable and inappropriate delays. Last but not least, statistics on employment lost and recovered are difficult to come by, but reports suggest that around 1 million jobs have been lost as a result of company closures.

In a nutshell, anecdotally, the Insolvency and Bankruptcy Code has essentially struggled to accomplish any of the targets it set for itself—reviving industries, maintaining public funds, and retaining employment. Unsurprisingly, few ministers and officials mention it these days, but there is fortunately little angst about a failing God as compared to the Insolvency and Bankruptcy Code.

Let us delve a little deeper into why “the Insolvency and Bankruptcy Code has become the road to Hell, despite its good intentions.” The primary factor, in my opinion, is the attitude of the lenders, which are mostly government-owned banks with a few private ones thrown in for good measure.

These bankers have already written off these loans, and as a result, they are averse to participating in a complicated turnaround plan that necessitates patience and, in many cases, the investment of some working capital; in other words, their mindset is, “the sooner we destroy this one and bury the body, the better.” The most significant explanation for the Insolvency and Bankruptcy Code inability to deliver, in my opinion, is banks’ negative risk-averse attitude.

The second explanation is a lack of experience among resolution professionals in performing what is undoubtedly a difficult task of reviving a sick business. Reviving sick businesses is impossible even for business experts and management gurus. And these gentlemen—we call them RPs—are mainly company secretaries with little or no knowledge of how businesses work or make profits, let alone how to resurrect them; the result has been a catastrophe.

The current owners and the RPs have no confidence in each other, and the CIRP era devolves into a period in which the ‘sick’ company gets sicker by the day. It’s heartbreaking to see how relatively successful businesses are “killed” by RPs who have no idea what they’re doing. “War is too critical a matter to be left to the generals,” it is said. Similarly, reviving businesses is far too critical a task for the RPs, whose sole claim to fame has been meticulously recording agendas and minutes of Board meetings.

As if this wasn’t enough to “get rid” of a company, there’s also the legal system, which ensures that even if a company has a chance of being revived, the excessive delays make it almost impossible. In their infinite wisdom, the legislators concluded that 180 days was sufficient for completing a resolution process, with a maximum of 270 days. In practice, however, it is found that the CIRP seldom lasts 180 days, and sometimes exceeds 270 days. But who are we, the “lesser mortals,” to challenge the noble judges who preside over the National Company Law Tribunal and regularly grant adjournments?

In his first speech since entering the Rajya Sabha, the former Chief Justice lamented that India’s judicial system had collapsed. This is yet another indication of the system’s failure. It’s no surprise that any investor who flies over India and lands in China or Vietnam has only one complaint: the Indian legal system never enforces contracts. The Insolvency and Bankruptcy Code is plagued by this ailment.

Is there a solution, or must we recognize this failure as one of the many shortcomings of a system incapable of upholding its own laws? I am an optimist who believes that more can be done to help the Insolvency and Bankruptcy Code fulfill its mission. We need to convince the lenders to support the revival effort. The Ministry of Finance and the Reserve Bank of India (RBI) should round up bank CEOs and inform them that their success will be measured by their ability to revive CIRP companies and return public funds and jobs; in other words, “read the Riot Act to the Bank CEOs.”

Second, we must greatly improve the RP system; for loans of more than Rs 5 crore, we should select a team of RPs, which could include management consultants, technical experts, and so on.

Third, we must persuade the Supreme Court to give the judges who sit on the NCLT very clear deadlines to decide issues within the 180-day time limit set by statute. For several years, we all cried out in seminar halls for a bankruptcy law; we finally got one, but the implementation was a failure. Let’s try to make things right.