Currently, the MMR’s inventory levels are at a six-year low. The unsold housing inventory overhang decreased to 43 months from the peak of 55 months in 2020, by the end of June 2021. 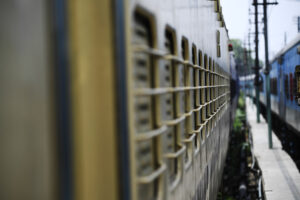 According to a report by ANAROCK Property Consultants, this drop in the inventory projections is the highest in all the top seven cities. Currently, The Mumbai Metropolitan Region’s unsold inventory overhang is close to being the level that was last seen in 2015, i.e. at 42 months.

The good news however is that this decrease is a result of a growth in the sales of houses rather than fewer new launches of projects. New launches were about 41,500 units while total sales between April-June, 2020 and April-June 2021 were around 58,170 units.

The Chairman of ANAROCK Property Consultants Anuj Puri said that the pandemic has been a game-changer for the areas under MMR (Mumbai, Navi Mumbai and Thane) which were deemed unaffordable up until a few years ago. He added, “Stamp duty cuts, extremely low home-loan interest rates, and developer discounts and offers boosted MMR’s housing market in one of the most challenging and difficult years in remembered history”.

Before the Covid-19 pandemic, only less than 5% of people living in Mumbai could afford to buy a home in the city, either with a loan or without it. However, the report has not clearly highlighted how much the affordability has improved in the areas now.