Kotak Special Situations Fund has invested over half of its USD 1-billion initial corpus in eight different companies and will try to raise a similar capital from investors late this year or early next year, an official stated. 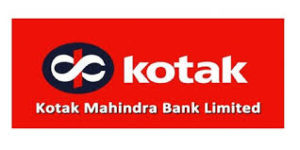 The fund hopes to complete deals worth USD 650 million by September, which will be 65% of the corpus.

Funds like KSSF usually strengthen capital when they use up 75 per cent of the existing capital. “We have so far put in use USD 502 million out of the USD 1-billion fund into 8 companies.

Investment of Rs 500 crore was made in early 2020 in Jindal Stainless NSE 0.98 %. We hope to invest another Rs 1,000 crore by September,” Chief Executive Officer Eshwar Karra PTI of KSSF.

Under the special situation, KSSF’s first investment was in Nuvoco, of USD 69 million, the cement business arm of the Nirma Group, in June last, though our main investments are into special debt. USD195 million has so far been invested under the stressed assets category.

The largest is the Jindal Stainless Steel, followed by AGS Transact and USD 73 million into Prestige, in which they own over 70%. Saket, a south Delhi-based commercial asset Prius has been picked for USD 47 million under the insolvency process.

Over 80 % of the investments are debt and the rest equity.