LIC Housing, the mortgage lender, has already surpassed the pre-COVID business levels in September. LIC Housing is also expecting the demand to be consistent as the festive season is coming up. 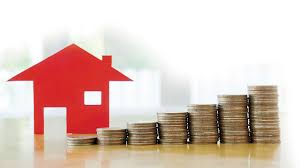 The September period was not only beneficial for LIC housing but also the other housing companies as they saw many people had shown their interest in the low rate housing loans, said Siddhartha Mohanty, Managing Director (MD), LIC Housing Finance.

It is also believed by many companies in the industry that there could be further growth in October – November in the individual retail segment.

Owing to the recession and the loan moratorium provided by the company, the business had witnessed a substantial decrease in the demand during March and April, but now people are not able to resist the urge of owning a home with the attractive schemes offered by several lenders.

As there was the decision of reducing the cost of stamp papers to reduce the extensive charges for people, this decision turns out to be suitable for the customers in Mumbai.

The non-bank lenders have decided to hire the Boston Consulting Group (BCG) to increase the pace of digital transformation, which will help the company to digitally process 95% of the loans as presently only 35% loans could be digitally processed.

Mr. Mohanty emphasised that LIC Housing is going to collaborate with BCG to deepen their customer engagement to strengthen their way of working and adopt technology which will increase their working efficiency.

It is one of the most significant steps of companies to enhance the level of customer satisfaction. “We are investing in this project with long term objectives that would generate more stakeholder value and expand geographies,” Mr. Mohanty added.