Loan case that turned into money laundering has been gaining a lot of ground because the former CEO of ICICI bank has ties to this case. On Tuesday the enforcement directorate submitted a chargesheet it against Videocon promoter Venugopal Dhoot and former CEO of ICICI Bank Chanda Kochhar and her husband Deepak Kochhar. The hearing of the chargesheet is going to be taken by a special Prevention of Money Laundering Act court PMLA. he currently is in the judicial custody. Along with Deepak there are 10 others to whom and intimation has been submitted in reference to the money laundering crime. the court case has been pending because there are 5 terms of original documents that have to be scrutinized before the hearing. 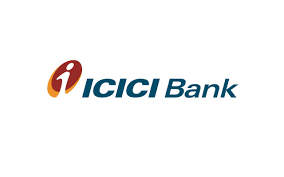 Allegedly Chanda Kochhar took over the CEO position and the managing director of ICICI Bank in may 2009 and illegally sanctioned loans to the Videocon group of companies have reported non-performing assets in 2017 ICICI Bank does give Videocon companies a loan of rupees 1875 crore causing losses to the bank. Kochar leads Nupower renewables Pvt Ltd and Videocon has transferred rupees 64 crore to this company. The ED also found a money trail between Videocon companies and ICICI Bank that dates back from the time Kochar was in reign.

ICICI Bank dispose rupees 300 crore loan to Videocon form within 48 hours. Later the Videocon Group of companies disbursed 64 crore to Nupower Renewables through various trials of transaction. In fact the apartment their coaches leaves was brought by them from the Videocon companies for a very nominal price. size 4.2 crore was the apartment amount in 1996 in the name of Christ credential finance limited in which Chanda and Deepak got a share along with Videocon as well. However the there was a default by the company of 4.7 crore loan of SBI home loan finance and that’s why the company the apartment was placed in security.