The Supreme Court on Tuesday refused to change the broad contours of the Covid-related six-month loan moratorium package by accepting the government-RBI duo’s view that full interest relief for all classes of borrowers would jeopardize the banking system, putting an end to a protracted legal battle that lasted several months. It also refused to extend the six-month moratorium, which expired on August 31, citing the interests of depositors, banks, and the financial sector as a whole.

The supreme court also vacated a stay order issued on September 3, 2020, prohibiting banks from declaring non-performing loans (NPAs) that were not classified as such prior to August 31, 2020. The court argued that economic policy decisions should be left to the government and that the current one passed the test of arbitrariness.

The court, however, extended compound interest relief to all borrowers, despite a government directive limiting it to loans up to Rs 2 crore in October 2020, stating that no difference could be made between small and large borrowers. If the government agrees to foot the bill, Icra estimates the move would cost the exchequer Rs 13,500-14,000 crore.

Nonetheless, the banking industry and the financial sector as a whole were relieved by the Supreme Court’s decision, as a blanket interest waiver or an extension of the relief period would have been a huge shock. Banks were concerned about the SC’s position because it made numerous observations during the case’s hearing, expressing concern about the onerous interest burden on borrowers hit by the economic downturn, such as real estate and power companies. 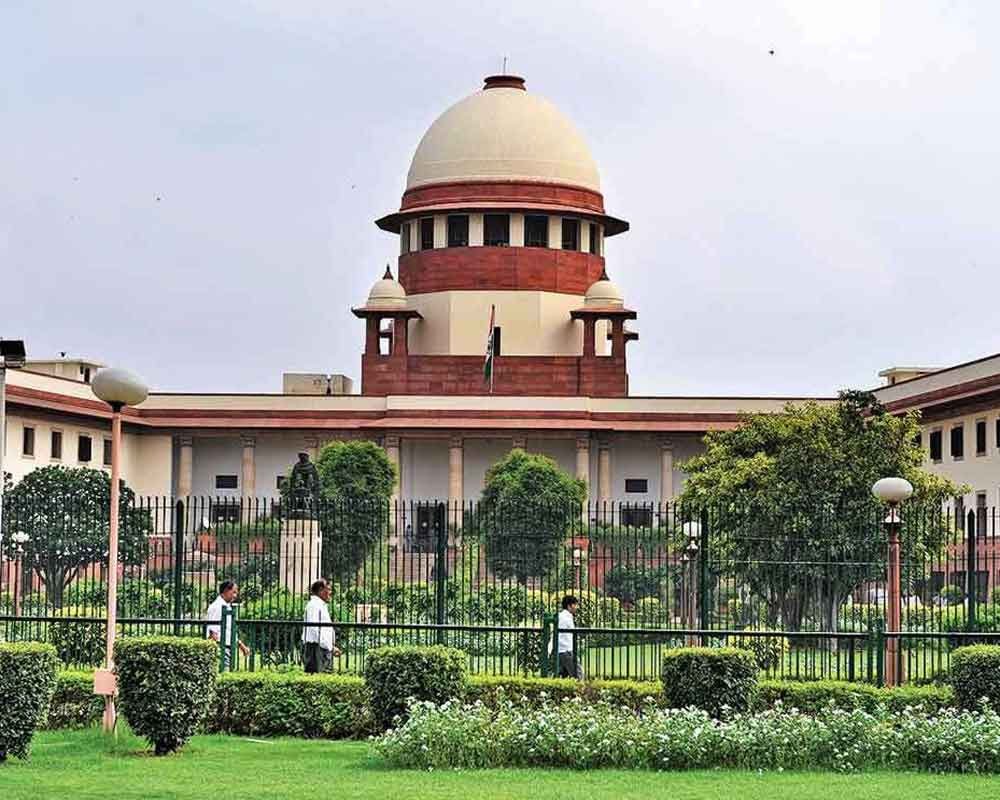 The verdict boosted banking stocks, with the Nifty Bank index closing at 34,184.4 on Tuesday, up 1.73 percent from its previous close.

The government and RBI had consistently argued against a blanket interest-free period for all loans and advances provided to borrowers during the six-month moratorium period, which ended on August 31, claiming that doing so would result in the loss of “an estimated over 6,000 crore.” The government told the court that, in the case of the State Bank of India itself, a six-month interest waiver would remove more than 50% of the bank’s net worth that had been accumulated over nearly 65 years of operation.

the Bench said that when a set decision has been made to not waive the interest during the given moratorium period, and a specific policy decision has been taken to give relief to borrowers by deferring installment payments, and there are multiple other reliefs are offered by RBI and various bankers independently, the court’s interference is not needed.

In October of last year, the government waived interest on loans up to 2 crores to help individual borrowers and small and medium-sized enterprises (MSMEs) during the Covid outbreak. Relief was available for a personal loan, housing loans, education loans, auto loans, and consumer durables loans, and credit card debt, in addition to MSMEs. However, the government later ruled out any waiver for large borrowers, claiming that it would jeopardize the interests of depositors.

The Supreme Court observed that the Kamath Committee had looked into sector-specific issues and that the RBI had largely accepted its recommendations in its September 7 circular, which established separate thresholds for 26 industries, including power, real estate, and construction.

The petitioners cannot seek sector-specific relief in the form of interest waivers or restructuring in the present proceedings under Article 32 of the Indian Constitution, and “the question of such financial stress management measures necessitates examination and consideration of several financial parameters and their impact,” according to the ruling. The petitioners argued that a standard account should not have been declared NPA while the moratorium was in effect, citing real estate and power companies as examples.

“Eligible borrowers’ accounts should continue to be classified as ‘standard,” said Kapil Sibal, who represented realtors’ group Credai. He added that the Kamath Committee was established to regulate parameters between borrowers and lenders and that it had “nothing to do with the Covid-19 disaster.”

Last March 27, the RBI announced a three-month moratorium on loan payments due between March 1 and May 31, which was later extended by three months until August 31, 2020. The Supreme Court’s decision came in response to a slew of petitions from the power and real estate sectors, as well as business associations and individuals, requesting that the moratorium be extended beyond August 2020.

The RBI’s Kamath Committee has recommended financial parameters for debt restructuring in 26 Covid-19-affected sectors. The framework of August 6, 2020, provides lenders and borrowers with different ways to ensure viability for corporate accounts (other than MSMEs with up to 25 crore exposure) that were up to 30 days overdue as of March 1, 2020. At the same time, the June 2019 prudential framework remains in effect for cases not covered by the August 6 framework.