Long-Sought Loan Waiver arrives in Assam, Taxpayer amongst those excluded

Loan Waiver arrives in Assam, Taxpayer amongst those excluded

A micro-finance committee was setup up by the newly elected chief minister of Assam Mr Himanta Biswa Sarma. The party during its electoral promises claimed to waive off a loan of poor women in the state as soon as they come to power. The party has come up with Himanta Biswa Sarma’s loan waiver scheme. Under this loan of poor women will be paid off but the catch is that taxpayers, four-wheeler owners, and people with an annual income of more than 1 lakh rupees are to be excluded. 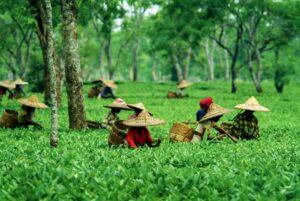 The Loan Waiver came amidst the covid-19 pandemic and people are availing the benefits of the scheme according to which loans took up to 31st March 2020 can apply for a waiver. Ashok Singhal the head of the committee formed said, “The pandemic has made it very difficult for people to return back to work and pay off their debts. This scheme would help the poor to stand up on their feet again. A democratically elected government will not let the people suffer”.

As there are two sides to a coin there are also people criticizing the scheme for not including taxpayers and people of income above 1 lakh rupees. They argue that they themselves aren’t able to go to work. They too are facing trouble in paying back the loans.

The chief minister comforted the people that work is in progress to come up with other schemes to help middle-class families too. Around 40 lakh lenders with a 26 lakh customer base and 45 lakh bank accounts, with a total loan amount of ₹ 12,500 crores have their eyes on the minister’s upcoming relief schemes.