On Thursday, Mahindra & Mahindra (M&M) announced its cumulative sales boosted by nearby two-fold to 32,964 units during June and 17,447 units during May. The Mumbai-based automobile major’s passenger vehicle sales inside the domestic business stood 16,913 units the previous month versus 8,004 units during May this year. 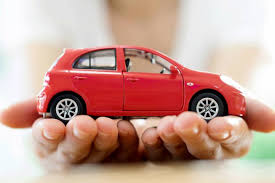 The commercial vehicles sales progressed to 12,769 units during June as corresponded with 7,508 units during May. The corporation said that its last month exports stood up to 2,607 units against 1,935 units in May.

“Including the opening up of the market in a phased habit, we see an increase in demand inside both urban and rural areas. Also, we expect the skyward trend in demand to remain across all fragments and markets,” Chief Executive Officer of M&M (Automotive Division) Veejay Nakra announced in a statement.

As the corporation proceeds out of the second wave of the COVID-19, by and increased, the supply chain has upheld except for the global semiconductor problem, which remains to be a challenge that the automaker stands addressing as a prime priority, he replied.