According to the Consumer Affairs Ministry, Tamil Nadu, Gujarat and Maharashtra are the top-3 states where most districts have been identified for the first-phase implementation of mandatory hallmarking of jewellery and artefacts. 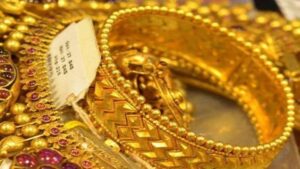 Mandatory hallmarking of jewellery and artefacts came into force from June 16 in a phased manner, and the first phase will cover 256 districts. Until recently, hallmarking, a purity certification of the precious metal, has been voluntary.

Among the list of the states, 24 districts have been marked in Tamil Nadu, followed by 23 in Gujarat, and 22 in Maharashtra, 7 in Delhi and Telangana each, 12 in Andhra Pradesh and Punjab each, 13 in Kerela, 14 in Karnataka, and 15 in Haryana. Jewellers in these 256 districts will be allowed to sell only 14, 18 and 22 carats of gold jewellery with mandatory hallmarking marks.

Last month, the government relaxed mandatory hallmarking of this precious metal for certain players in the jewellery sector after extensive consultation with stakeholders.

Since April 2000, the Bureau of Indian Standards (BIS) has been running a hallmarking scheme for jewellery. Around 40% of jewellery is being hallmarked currently. India has around 4 lakh jewellers, of which only 35,879 are BIS certified. According to the World Gold Council, India imports around 700-800 tonnes of gold annually.