The microloan waiver in Assam turned into a political slugfest between the led government and BJP and opposition Congress.

Congress has demanded the government to release a white paper immediately on the total number of the women debtors and also, how many women would be able to avail of the waiver as per the different guidelines and the categories given by the government. 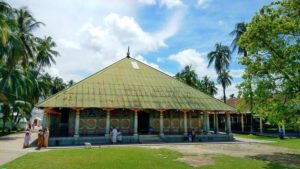 The Congress also added that the Sarma had not only made the loan waiver an attractive electoral promise but after taking the charge as the Chief Minister, also announced that he will see to it that all loans are waived, in the Assembly. He claimed that the promise they have made to the innocent women will be followed word by word. Did this promise now become a ‘political statement’?

The Chief Minister said, “I have promised to provide succour to poor women who are not able to return the loan amount. However, we have evolved a mechanism whereby we will provide on-time assistance of Rs. 20,000 to Rs. 25,000 to those women who are making regular payments against the loan.” He also added, “There is a section of women who were paying regularly their instalments however in anticipation that the government will waive loans and stop payment in the last one months, to those people we will provide assistance.”