Microfinance Portfolio shows a growth of 11.9%

According to the Micrometer report published by Microfinance Institution Network (MFIN), this increase was due to the addition of 400,000 borrowers during the 12-month period ending in March 2021, when the pandemic was raging. 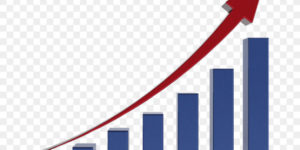 MFIN is an industry association composed of 58 NBFCMFIs and 39 associate companies, including banks, small financial banks and NBFC. According to the report, as of March 31, 2021, the microfinance industry provided services to one-time borrowers of Rs 593 crore through a loan account of Rs 1.083 crore.

Thirteen banks own most of the microfinance investment portfolio, with a total outstanding loan of 11,277.1 billion rupees, accounting for 43.67% of the total microfinance.

However, the report shows that the non-bank financial company Microfinance Institution (NBFCMFI) is the second-largest credit provider with outstanding loans of 80,549 crore rupees, accounting for 31.05% of the industry’s total investment portfolio.

NBFC-MFI’s LPG includes its own portfolio of 6,889.4 crore rupees, it said and managed an investment portfolio of 12,581 crore rupees. The association stated that its NBFC-MFI members repaid 57.891 million loans through 17 million accounts in the fiscal year 2021.