India has considered the idea of offering approximately 500 billion rupees that is $6.8 billion of the credit incentives, with the aim of boosting the health care infrastructures in nations that are hit pretty badly by the covid pandemic.

This program thus allows companies to further access all funds for the ramping up of medical supplies and hospital capacities whilst keeping the government acting as the guarantor. The focus is majorly on the strengthening of the Covid related health infrastructure in the small towns. However, a finance ministry spokesperson could not be reached out immediately for comment. 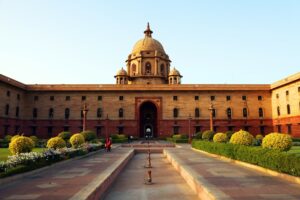 The more explosive, recent outbreak of the coronavirus in India over the last few months has overwhelmed the nation’s deficient health infrastructure; this has lead to a vast shortage in everything in and around the hospital, including oxygen supplies.

The loan given by the government assures that they would complement the central bank’s efforts that were taken last month with the aim to boost the credit for the health care services and brand-new lending to the vaccine-makers.

The RBI has announced the on-tap liquidity window for the banks that are worth over 500 billion rupees to enhance and extend their credit to all the vaccine manufacturers as well as the health care services until March 2022.

The government separately had also announced that, including the hospitals and airlines, there is a $41 billion emergency program that has been sanctioned to cushion them from the impact of this global pandemic.

The program provides loans worth Rs. 20 million to all hospitals and clinics to set up the on-site oxygen generation plants, at interest rates of 7.5%. There is more room for the expansion of the overall size of that program than what the people said.