A Meeting with the agenda primarily including the extension of payments moratorium benefits to non- bank lenders to take place on Saturday with country’s top banks called by the Reserve Bank of India (RBI) This comes after an apex court directs to the regulators that intended beneficiaries shall get their dues.

A review in the decisions of several lenders which were earlier not in favour of extending the three month payment holiday to non-banking finance companies and microfinance firms is needed as a consequence. These include lenders such as State Bank of India and Punjab National Bank. 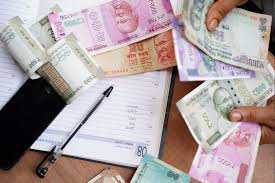 Recently RBI was asked to ensure the moratorium benefits to every borrower in “letter and spirit” by the Supreme Court.

Two bank chief executives confirmed that the meeting will be conducted through video conference.

As NBFCs and microfinance firms along with their industry organisations have been pleading the authorities for getting the moratorium benefits from their lending banks, the banking regulators arranged a separate meeting with them for discussion on the same.

The issue of moratorium divided the banking sector to NBFCs and MFIs, which borrow them for on-lending. Several private-sector lenders along with a host of public sector banks were also against it. Although the foreign banks have not claimed any issue and have been more open.

Over the period of economic stress induced by lockdown, the benefits to retail borrowers have been offered by the lenders.

“If SBI extends it, most other banks are likely to follow”, a senior executive at a rival bank said.

On Thursday, RBI was directed to ensure and implement the March 27 guidelines of lending institutions to allow a three-month moratorium to all borrowers by the Supreme Court.

Banks were told to devise a board-driven policy for offering a moratorium on payments to stressed borrowers by the RBI as a part of financial package to fight the Covid-19 induced stress.

Manoj Nambiar, chairman at Microfinance Institutions Network, a self-regulator for NBFC-MFIs said “The direction from SC ongoing by the spirit should hopefully end the moratorium issue,”

NBFC and MFIs have extended moratorium to their lenders, but the absence of support from the banks has created liquidity mismatches for them.