Nirmala Sitharaman to US investors: Cash in on opportunities arising out of recent FDI reforms

Nirmala Sitharaman: Cash in on opportunities arising out of recent FDI reforms

In FY21, the Centre’s fiscal deficit rose to as high as 9.3% of the gross domestic product, as the revenue collection was steady while the need for spending for the COVID blows grew. The centre is targeting to reduce the deficit in the current fiscal to 6.8%. Finance Minister Nirmala Sitharaman said that the continuous reforms make India a great place to do business. 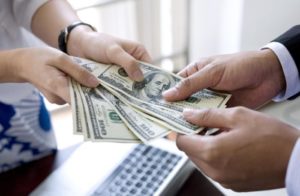 She also added that India’s fiscal situation is under control and expected to improve further despite the damage caused by the COVID-19. To bring the COVID-ravaged economy back on its feet fast, a virtual meeting was held by the Finance Minister. The country’s reliance on FDI has risen as the domestic private investments have remained anaemic during recent years.

In addition, she also highlighted the government’s Atma Nirbhar initiative and the steps taken under it to ensure infrastructure-led growth.