Nissan starts ramping up production at its Chennai facility to clear the backlog and meet unmet demand.

Nissan starts the ramping up production at its Chennai facility

According to a top business source, Nissan has begun a steady ramp-up of production at its Chennai plant to the worsening of the COVID-19 situation in Tamil Nadu, the Oragadam-based Renault Nissan Automotive India Pvt Ltd (RNAIPL) plant had to temporarily cease operations from May 26 to 30.city in order to meet pent-up demand for its models in both domestic and foreign markets.

The plant’s shutdown came after a long battle with labour unions, who asked that operations at the company’s production be halted. 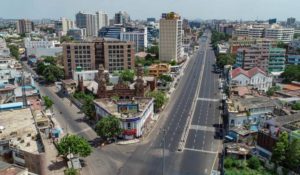 On May 31, the factory reopened for business. On June 4, the Madras High Court authorized the company to resume production while requesting that the automaker address concerns raised by the state government about worker safety in relation to COVID-19.

“We have carefully resumed operations and initiated a second shift by ramping up production in a methodical and steady manner after a brief break due to the hurdles created by the recent spike of COVID-19 cases in India,” Nissan Motor India Managing Director Rakesh Srivastava stated.

He noted that as a people-first organization, the company has taken a slew of steps to ensure employee well-being while adhering to all government-mandated safety regulations.

Srivastava stated that the situation is still fluid and that it will take time for industrial processes, labour, and supply networks to return to normal.”However, we remain optimistic that the country’s situation will gradually improve, allowing us to function at full capacity and expand quantities of the all-new Magnate, Kicks, and Datsun lineup to fulfil the growing demand in India and our export markets,” he added.

“We are sure that our experience will enable us to manage the COVID-19 wave with greater resilience, enthusiasm, and innovation to propel our business forward,” Srivastava said.

The Chennai plant is the first combined Renault-Nissan Alliance plant for worldwide markets, with a production capacity of 400,000 units per year. The facility, which cost Rs 4,500 crore to build and employs 1,500 people, was inaugurated in March 2010. The Koleos and Fluence were the first vehicles created specifically for the Indian market to leave the factory.