NPS: Late exit before 25 years if corpus at Rs 1 lakh

A Swavalamban subscriber migrating to Atal Pension Yojana or any other  Government pension scheme will no longer be considered withdrawal or exit.

The Pension Fund Regulatory and Development Authority (PFRDA) recently made a new proposal for the NPS Swavalamban Lite benefactors. A pensioner can unsubscribe from the scheme before the mandatory 25 years if their accrued wealth is no more than Rs 1 lakh and are not eligible for migrating to Atal Pension Yojana( APY). 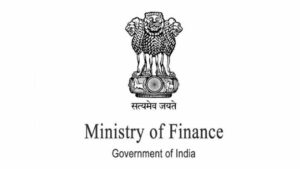 The circular issued by PFRDA said,” As per the 6th Amendment of Exit Regulations, the Swavalamban Subscribers whose accumulated pension wealth do not exceed one lakh rupees and if they are not eligible to migrate to Atal Pension Yojana (APY), can opt to exit with lump-sum payment prematurely”.

NPS Swavalamban is a scheme introduced by the Government Of India to make small scale investments and transactions viable. The subscribers of this scheme will receive Rs 1000 per year for five years if the account was opened in any of the following years:  2010-2011, 2011-2012, 2012-2013.

The scheme is voluntary and open to all Indian citizens between the ages group of 18 and 60. The benefactor can choose any amount to invest each year. Eligible applicants in the unorganised sector can open their accounts through their aggregator and get an individual Swavalamban. The scheme s regulated by PFRDA and is entirely safe with regular monitoring and transparent norms. Moreover, it is highly economical with a low-cost structure.

The accumulated corpus is amounted after detecting the government’s contribution, if any, according to the circular by PFRDA. Then, the eligible subscribers for withdrawal can submit their withdrawal from their POPs or Aggregators. The circular further added that Central Record Keeping Agency (CRA) is advised to clear any doubts and clarifications to NPS lite subscribers.