The diesel prices crossed the one-litre mark in Odisha, after Rajasthan. According to state-owned fuel retailers, the petrol price was raised by 28 paise and diesel by 26 paise.

In the national capital, the prices are Rs 97.50  per litre for petrol and Rs 88.23 per litre for diesel. The prices depend on the taxes such as VAT and freight charges and differs from one state to another. And that’s why the fuel prices are hiked and have crossed Rs100 in few states. 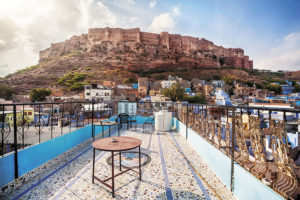 After the hike in Sri Ganganagar and Hanumangarh in Rajasthan, in early June to over Rs 100, the same as occurred in Malkangiri and Koraput in Odisha to Rs 101.12 per litre and Rs 100.47 per litre respectively.

In the metro cities Mumbai, Bengaluru, and Hyderabad the petrol rates have crossed Rs 100.  The petrol rate is Rs 103.63 per lire and diesel Rs 95.72 a litre.

So far there have been 28 hikes in the fuel prices and those raises petrol has risen by Rs7.10 per litre and diesel by Rs 7.95 a litre.

Based on the average price of benchmark, the oil companies revise their fuel rates every day and the international oil rates are more definitive in the last few weeks anticipating the rollout of vaccination programs in various countries. After April 2019, Brent crude on Tuesday neared USD 75 a barrel mark.