One Rank, One Pension Plan

The OROP scheme works for the retired PSU bank employees. It was decided that everyone who had worked in the same position will get the same pension amount regardless of when they retired. It was called the One Rank, One Pension. Finance Minister Nirmala Sitharaman stated that the banks have to make this provision so they will be equality among all the people who have retired, whether it be early or late.

The banks were asked by the government to review the pension schemes of the family. The pension for the spouse also should be the same. 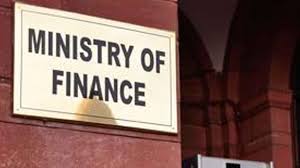 It will also reveal the 11th bipartite wage settlement. It has been due since 2017. The memorandum was signed in July 2017, however, it took time to be finalized. The banks currently have a family pension scheme, but it is a cut short version.

A pension scheme has to be updated because the employees who have retired in the 1990s received much lesser than those who retired recently. This is due to the reason that the pension is decided on the basis of the last salary. This difference in pension has to be ensured to have equality for everyone. Nirmala Sitharaman had asked the banks to treat the pensioners equally. She also made further provisions to ensure that all the citizens get the benefits of Aadhar linked bank accounts. They also sought to make digital banking available to everyone.