RBI, lenders seek Justice After Personal hearing To be held before NPA tag

A bench headed by Justice R F Nariman declined to keep the entire HC verdict, but it did stay a section that dealt with giving a borrower/account holder a personal hearing.

Following the discovery of fraud, it is necessary to promptly file a lawsuit with law enforcement authorities in order to prevent the disappearance of important records, the non-availability of witnesses, the absconding of creditors, the money trail going cold, and asset stripping by the dishonest borrower, according to RBI.

The Reserve Bank of India and a group of lenders led by SBI sought the Supreme Court’s opinion on whether a lender must grant a borrower a personal hearing before classifying their account as fraudulent under the Master Circular of July 1, 2016.

Both the RBI and the lenders have appealed the Telangana High Court’s December 10 ruling, which directed them to ensure that the clauses in the banking regulator’s ‘Master Direction on Frauds – Classification and Reporting by Commercial Banks and Select FIs,’ issued for detecting frauds in the banking sector, include natural justice principles in order to give affected people a chance.

In July, the Supreme Court will hear the case again. 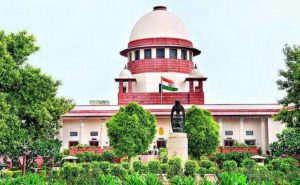 The RBI and lenders advised the Supreme Court that allowing the borrower to be heard before classifying and reporting loan frauds would negate the intent of 2016 circular, which was to diagnose fraud early and disclose it quickly.

Only licenced officers of banks have access to fraud info, allowing them to show due care when dealing with those parties. The RBI has stated that if a bank reports a fraud, it is critical that all banks be made aware of the fraud.

Following the discovery of fraud, it is necessary to promptly file a lawsuit with law enforcement authorities in order to prevent the disappearance of important records, the non-availability of witnesses, the absconding of creditors, the money trail going cold, and asset stripping by the dishonest borrower, according to RBI.

According to the petitions, “banks depend on internal or/and external audits/examinations before reporting a crime, and fraud is classified and disclosed primarily depending on the provisions of the IPC.” One or all of the demands will have to be met by banks… Unlike in the case of “wilful default,” there is a criminal aspect of “frauds.”As a result of the fraudulent aspect discovered by banks, they decide to classify the ‘fraud’ and report the matter to police/investigation agencies right away.”

The HC judgement was based on the supreme court’s decision in the case of Jha Developers, which deals with wilful defaulters, which is a “milder declaration than being branded a scam,” according to Agrawal’s senior counsel Mukul Rohatgi.

The SBI-led consortium deemed the BS Company’s account fraudulent on February 15, 2019, in accordance with the RBI circular. The firm took out loans worth Rs. 1,400 crore and failed to repay them. The SBI and other banks formed a joint lenders’ forum (JLF) and took action against Agarwal’s bank account after a forensic audit of the business accounts found irregularities. Agarwal’s account was also recommended for prosecution by the fraud detection Committee (FIC).