There has been a huge profit of Rs 312 crores in DBS Bank India during the FY21. DBS Bank India which bailed out LVB and increased its network has reported a tax of Rs 111 Crore in the FY20. 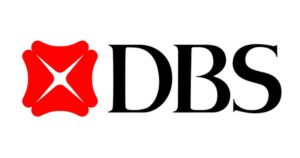 The gross non-performing assets of the combined entity increased up to 12.93% where the bulk of the strain was coming from the erstwhile LVBs portfolio.

There has been some progress with the integration of LVB after the amalgamation in November 2020. The bank has reported a 44% increase in the overall deposits to Rs. 51,501 crores which also included Rs 18,823 crore of it from LVB.

After the infusion of the Rs 2,500 crore capital into the bank from the parent during the fiscal year, the overall capital adequacy ratio from DBS Bank stood at 15.13%. In November, RBI announced the merging of domestic private sector lenders with entities owned by a foreign bank.

The scheme has also faced some legal challenges and was announced after other proposals did not make their way through. Currently, DBS Bank India has 600 branches in 194 states and 5,500 employees.