Worst Seems to Be Over for Loan Growth : RBI Annual Report 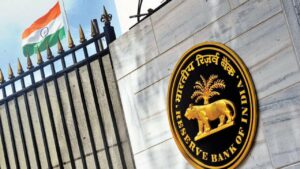 The credit growth leaped from November 2020. It had hit a low of 5.1% in the first half of FY21. This was all due to the pandemic. The economy started opening up. According to the Reserve Bank of India(RBI), the worst for credit growth is over.

The positive momentum has helped the economy, and it is reflecting in the economic activities. This positive effect was supported by a cumulative reduction in the policy repo rate. During the first half of Fiscal 2021, the loan growth of banks was impacted. The three-year low was at last increased to 5.6% year on year until March 2021.

RBI said that the gradual improvement in the economic activities in the later part of 2021 had helped the credit growth. Later RBI also announced several growth measures for the credit, and the government also announced the mass vaccination d

rive as a positive step and expecting further growth in the credit.

It was not only RBI who was expecting the growth in the credit. Along with RBI, many other lenders were expecting growth in the present financial year on the back of the economic forecast. The chairman of SBI has said that the bank may see an increase of 10% in FY22 as the bank’s credit is generally 1% above the country’s GDP.

There was seen a slowdown in the credit growth among all the sectors except agriculture. The loan growth in agriculture has accelerated to 12.3% in March 2021. It was 3.4% in the last year.