Interest subvention can be such a lifesaver for the people in the times of this financial crisis. The economic downturn has left many in a vulnerable state, and maintaining liquidity has become the biggest issue at the moment. The Reserve Bank of India (RBI) has modified and increased the term of the MSME interest subvention scheme for another year. 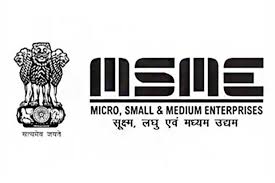 RBI has come forward for the pandemic-hit MSMEs and extended the interest subvention scheme.

Subvention can simply be defined as the grant of money by the government. The government aids the public by paying a part of their interest to take the burden off their shoulders.

It is mainly applicable to home and crop loans. The pandemic had devastating effects on the economy of India. It had affected small and medium enterprises on a considerable level. The Reserve bank of India (RBI) has granted a two per cent MSME (Micro, Small and Medium Enterprises) interest subvention scheme.

The scheme is mainly applicable to loans provided by the co-operative banks in the ongoing financial year. Recently the RBI also published the guidelines on the terms and conditions on which these subventions can be applied. According to the guidelines, only the terms loans that were fresh or incremental and the working capital limit extended by co-operative banks with effect from March 3, 2020, will be eligible.

The initial origin of the scheme was from 2018. It was limited to scheduled commercial banks. The scheme was supposed to end in 2020. It lasted for two financial years: 2018-19 and 2019-20. Due to the pandemic which broke out unexpectedly in 2020, the government decided to extend the scheme.

It was now made permissible for everyone from March 3, 2020, to avail of the scheme. There were a lot of co-operative banks which became eligible from March in this financial year. These banks also became eligible. The good news that the government has extended this scheme for the current financial year. It was notified by the RBI that. The term is limited as it includes all term loans and working capital up to rupees 100 lakh.

Another vital point to keep in mind is that the loan accounts should not be declared as a Non-Performing Asset (NPA) on the day of filing. As long as the account remains an NPA, no schemes of subvention would be allowed to the same account, and this has strictly emphasized by the Reserve Bank of India (RBI). To avail the schemes of the government, the banks need to strictly adhere to the guidelines by the RBI and make arrangements. The co-operation of the banks is necessary for the best way of the implementation of the schemes.