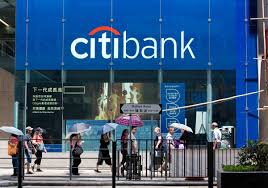 For contravention of Section 10 (1) (b) (ii) of the Banking Regulation Act, 1949 and for non-compliance with the directions issued by the RBI on several matters the Reserve Bank of India (RBI) on Friday has imposed a monetary penalty of Rs 4 crore on Citibank

The directions which the Citibank failed to comply with pertained to obtaining a declaration from customers about credit facilities enjoyed with other banks, granting non-fund based facilities to non-constituent borrowers, verifying data available in the CRILC database, and obtaining No-Objection Certificate (NOC) from lending banks at the time of opening current accounts, and submission of compliance to risk assessment findings.

“This penalty has been imposed in exercise of powers vested in RBI under the provisions of Section 47 A (1) (c) read with Section 46 (4) (i) of the Act, taking into account the failure of the bank to adhere to the aforesaid provision of the Act and the directions issued by RBI. This action is based on deficiencies in regulatory compliance and is not intended to pronounce upon the validity of any transaction or agreement entered into by the bank with its customers,” the regulator said.

The RBI said that the statutory inspection of the Indian operations of Citibank with reference to its financial positions as on March 31, 2017, and March 31, 2018, and the risk assessment reports (RARs) revealed contravention with the provisions of the BR Act and non-compliance with the above-mentioned directions issued by the RBI.

“In furtherance to the same, a notice was issued to the Citibank advising it to show cause as to why penalty should not be imposed for contravention of the provisions of the Act/failure to comply with the directions issued by RBI,” the regulator said.

After considering the bank’s reply to the notice, oral submissions made during the personal hearing, and examination of additional submissions, the RBI concluded that the aforesaid charges of contravention with the provisions of the Act and non-compliance with RBI directions warranted the imposition of a monetary penalty.