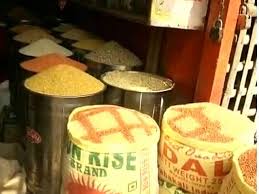 Before the adoption of the inflation targeting regime, the central bank was following a multi-indicators approach, for a period of 17 years from 1998 to 2018. It was sharply criticized due to the co-existence of high inflation and lower growth which was later analyzed post-Global Financial Crisis of 2008.

The adoption of an inflation-targeting regime was suggested by an expert committee formed for revisiting this committee proposed flexible inflation targeting with consumer price index(CPI) as the nominal anchor. The target was fixed at 4 percent with a bank of +/- 2 percent.

If the inflation rate is analyzed from May 2016 onwards, the price stability was ensured for a few months only by the inflation targeting regime. During the commencing months of FY19, a low inflation rate co-existed with a receding growth rate. In addition to which, in December 2019 the inflation rate crossed the upper bank of 6 percent, for about 3 months, before flattening to 5.91 percent in March 2020, despite the economy was going down the road but RBI maintained the status quo even when there was the chorus for a rate cut by keeping the rates unchanged.

The ‘Onion Shock’ along with hiking vegetable price was the major reason behind inflation. Vegetable prices registered a growth of 50% in December 2019. Nevertheless, in the same month, core inflation i.e. inflation less food and duel was much lower at 3.7 percent. The low core inflation rate reflects the tepid demand in the economy.

When the economy was suffering a demand slowdown, the central bank’s decision was guided by the rising food inflation rate. The impact was constrained due to the financial policy instruments and there was no impact in controlling the food inflation rate. In India, rising food prices are mainly a supply-side issue. Food and beverages have a share of around 45 per cent in CPI, the nominal anchor used by RBI. Hence, the direction of the overall inflation rate in the economy is influenced by where the food prices are heading towards.

Currently, the economy is being badly hit by Covid-19 and national lockdown. Low crude oil prices could act in favor of bringing down the inflation rate. Moreover, amid the lockdown and supply disruption, there are chances that food prices could spiral up and also, RBI has to deal with the slow pace of the economy and rising inflation rate and the central bank would be in a difficult position, as it is following the inflation targeting regime. The co-current crises situation gives us the opportunity to reanalyze whether the inflation targeting regime is the best monetary policy strategy for India.

Your Money: India continues to be a favourite among international investors.

PMC continues to be precarious the total financial condition