To provide a boost for their awareness campaign, the Reserve Bank of India is looking for an organization that can come up with publicity material in 14 different languages. This initiative, which is targeted at a pan-India level, is to educate people about the new schemes and regulations of the RBI in various languages like  Hindi, Kannada, Bangla, Malayalam, Assamese, Marathi, Oriya, Punjabi, Sindhi, Tamil, Gujarati, Telugu, and Urdu besides English. This new media will have a combination of old and new ones. 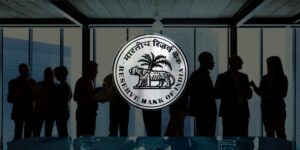 Besides traditional media like newspapers, radio, television and theatre ads, and digital platforms and web portals as well. “The public awareness campaigns of Reserve Bank of India will be a multimedia, multilingual, pan-India level campaigns. The aim of the campaigns is to create awareness among citizens about the RBI rules and other schemes,” said the proposal request.

The central bank has created a volume of literature and has uploaded it on its website for banks and others to download. According to the Reserve Bank of India website, the goal of the initiative is to create awareness about financial products and services, decent financial practices, going digital, and consumer protection.

They are running a campaign called ‘RBI Kehta Hai’ to create awareness. The @RBI Twitter handle had crossed the 1 Million mark touching close to 1.5 Million followers on March 3, 2021, making it the most followed central bank in the world. RBI plans only to further strengthen this digital presence and create more awareness campaigns.