Ease of Doing Business for MSME: National Restaurant Association of India (NRAI), which is the restaurant body in India, said on Monday that it has approached the Competition Commission of India (CCI), which is the competition regulator, to accentuate the “anti-competitive” practices of food tech giants like Zomato and Swiggy. An “information” was filed with the CCI on Thursday through which NRAI noted numerous areas of concern to a handful of its partner restaurants that had to shut shop “due to onerous terms imposed” by the two food delivery businesses. 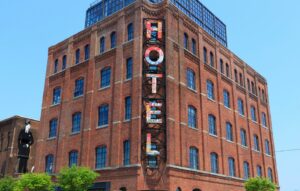 “During the pandemic, the magnitude of anti-competitive practices of Zomato and Swiggy have increased manifold and despite numerous discussions with them, these deeply funded marketplace platforms are not interested to alleviate the concerns of the restaurants,” said NRAI.

In a statement, NRAI said that “Bundling of services, data masking and exorbitant commission charged, price parity agreements, forcing the restaurant partners to give discounts to maintain an appropriate listing, exclusivity of listed restaurants, violation of platform neutrality, and vertical integration and lack of transparency on the platform,” are among the few stated concerns.

“We have been in constant dialogue with the foodservice aggregators over the last 15-18 months to resolve critical issues impacting the sector. However, despite all our efforts, we have unfortunately not been able to resolve them with the aggregators. The needle hasn’t moved much on these issues. We have therefore approached the CCI now to look into the matter and investigate them thoroughly,” stated the President of NRAI, Anurag Katriar.

NRAI, which currently represents the interest of over 5 lakh restaurants in India, claimed that these issues which are being faced by restaurants, with delivery startups like Zomato and Swiggy have been in place since 2018.

It is also worth mentioning here that during these marketplace platforms’ initial days, there were various advantages offered by them but over a period of time, their practices started affecting the F&B industry negatively.

But “during the pandemic, the magnitude of anti-competitive practices of Zomato and Swiggy have increased manifold and despite numerous discussions with them, these deeply funded marketplace platforms are not interested to alleviate the concerns of the restaurants. In fact, during the pandemic, due to onerous terms imposed, a lot of our partners had to shut shop.”

The hospitality sector went through the most impact due to Covid-19. The Reserve Bank of India also offered separate liquidity support of ₹ 15,000 crores with a tenure of up to 3 years for the contact-intensive sectors such as hospitality and ancillary services till March 31, 2022, to ensure the survival of the sector.

In June, the Federation of Hotel & Restaurant Associations of India (FHRAI) reached out to Tourism Minister Prahlad Singh Patel and MSME Minister Nitin Gadkari in June to recommend “immediate fiscal measures to save it from imminent collapse.”

“Hotels’ recovery would take at least three years after everything gets back to normal and travel is fully allowed. It would be juvenile to think about recovery in the coming few months of unlock to reach the pre-Covid levels. Even if people start eating out and travel, it would not compensate for the 1.5 years of closure. Restaurants will take 1.5 years to recover if there are no restrictions and no social distancing norms. The sector has a large portion of MSMEs,” Gurbaxish Singh Kohli, Vice President, FHRAI had told Financial Express Online.

The total revenue of the hotel and restaurant sector in Financial Year 2020 was ₹ 1.82 lakh crore, out of which around 75% (as per FHRAI estimates), was lost in Financial Year 2021. This is over ₹ 1.30 lakh crore revenue hit for the economy of India. Further, the total loan outstanding to the hospitality industry was more than ₹ 60,000 crore currently. Due to financial losses, 40% of hotels and restaurants in the country have shut down permanently and around 20% have not opened fully since the first lockdown while the remaining 40% continue to run in losses, the body added.