Resurfacing pain with the end of Loan Holidays for Indian Businesses

The micro, small, and medium scale enterprises have hit rock bottom in the past few uneventful months. With pandemic induced postponement of the loan repayment period effective from 25 March, the leverages have now come to closure as the Reserve Bank of India (RBI) lifted the six-month-long freeze imposed on loan repayments until 31 August Which accounted for a third of India’s $1.8 trillion outstanding loans.

The government provided the deferment keeping in mind the plight of business owners, which has now given rise to a problem as to how to repay mounting debts in a brief span.
People in business find themselves in mayhem after a long halt due to relaxation provided by the Indian government. “ The Reserve Bank of India should ask the Banks to extend the Moratorium, else I may have to resort to cut the capital expenditure and the staff diminution,” said Regi Philip, the managing director of Cosmos agencies LLP. 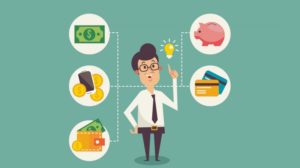 Regi Philip is the respected owner of a travel agency suffering the similar affliction of unprecedented lockdown that led to a state of a business crisis.

He expressed his dejection towards the forthcoming situation as unsettled debts are a cause of worry for nationwide industrialists. The recorded pace of the recovery has been slow, and the market is dwindling. Taking the current situations into account, it has been challenging for the businesses to survive the storm and the loan holidays extended by the lenders proved to be of great help.

The central government declared the relief in the wake of the pandemic providing the borrowers with the relaxation wherein the banks were permitted to extend the moratorium and restructure the loans. For instance, the central bank allowed the banks to provide a resolution plan for those who were facing issues with the repayment of Personal Loan.

The entire process is manual, and it provides lenders with the liberty to grant an extension of up to 2 years. Under which the borrowers can recast the loan by the end of 2020 and June 2021 to get the loan done.

With ongoing nationwide distress, PM Narendra Modi structured a framework that assesses the waiving interest rates on all the deferred loan repayments until 31 August. Although, according to the Confederation of All Indian Traders, the provided leverages do not suffice the hardships of small scale businesses as the extended lockdown induced the losses and have left the businesses at crossroads.

Small Scale businesses contribute to 30% of the Indian economy, whereas 1.75 Crore shops represent one-fourth of small scale business in India. The Indian economy suffered a sparse contraction by 23.9% according to the data from Bloomberg. This reduction has brought a wrecking ball to an already worsening situation.

Mr. Kunal Kundu, an economist with Societe Generale GSC Pvt. (Bengaluru), expressed his concern regarding the stress that the economy is likely to go through. In addition to this, he stated that many of those organisations that barely managed to stay afloat thanks to the moratorium offered would inevitably go bankrupt, reducing levels of employment and aggregate demand.

Many economists have predicted the co-current state to be a plague in the Indian economy. They have emphasised the urgent need to flame the growth factors to normalise the situation.
Further tenure extensions have been denied by the financial institutions (banks and non-banking financial companies) as the loaning institutes are performing at the capacity to get through this bizarre state. And it has given rise to numerous financial constraints.

According to sources, over 75% of businesses have opted for the moratorium from all sectors. The moratorium has kept the issues at bay for a while, but the elephant in the room will have to be addressed if not now than at a later stage.