The recent data that has been released by the Transunion Cibil on Fresh loan disbursements for the Micro, Small, and Medium Enterprises (MSMEs). 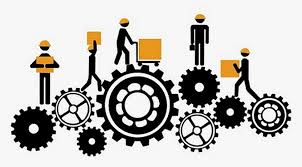 It is a company in India that mainly gives information related to credit. It has records of around 600 million individuals and 32 million businesses. Their report was on Micro, Small and Medium Enterprises (MSMEs).

According to the report, there has been an increase in the lending segment in June. https://www.dialabank.com/news/msme-prerana-program-initiative-by-the-finance-minister-for-empowering-entrepreneurs. There are many reasons for the increase in demand.

One of the reasons is the Emergency Credit Line Guarantee (ECLG) Feature. It is a loan for which a 100% guarantee is provided by the National Credit Guarantee Trustee Company (NCGTC) to the Bank. It can be extended in the form of additional capital working facility. The bank credit to the MSMEs has decreased by 5.7% in the outbreak of the pandemic; however, there have been significant improvements since June.

To give the exact statistics, it can be observed that the loans that are granted to urban, semi-urban, and rural areas have been thrice how it was during the month of February.

There has also been a statewide analysis for the grant of MSME loan facilities. In Kerala, Bihar, Jharkhand and Punjab there has been a four times more demand for loans compared to February. However, for Maharastra and Delhi, the demand has only been 1.9 and 1.1 times, respectively.

The total loan amount is the Bank has significantly decreased in comparison to the last year. The amount decreased to 67 lakh crore in June from 70 Lakh crore in the previous year. The share of the MSME stands at Rs.16.9 lakh crore as of June 2020. It has also been noted that credit exposure has also reduced in various segments of MSMEs. However, such a reduction was not seen in the small and sub-segments.