The 2021-22 annual loan plan for Andhra Pradesh is Rs 2,83,380 crore. Chief Minister YS Jaganmohan Reddy has urged Bankers to co-operate with the government to implement schemes and development activities. The annual loan plan was released during the meeting with the 215th State level bankers. Apart from that, he also said that due to the COVID-19 pandemic, an unpredictable situation arose worldwide and across the country.

The CM also praised the bank for achieving a significant amount of growth rate. He said that the banks had exceeded the stipulated targets in loan disbursements.

Under the Nadu Nedu scheme, schools and hospitals are being revamped, and a focus on developing infrastructure facility in the agriculture sector is being made. Schools are also being updated under the Nadu Nedu scheme. In Andhra Pradesh, sixteen new medical colleges are currently being made. In addition, revolutionary changes were introduced in the agriculture sector.

Cold storage and other facilities like godowns are also provided to the farmers, the CM said.

Many steps and schemes such as Cheyutha and Asara have been implemented to empower women in the state. These schemes will play a significant role in empowering women. 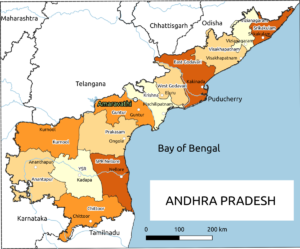 The chief minister also said 17,000 new greenfield colonies are under construction, including nearly 28.03 lakh houses. In addition, facilities like drinking water, drainage, roads and other infrastructures are being developed. An amount of Rs 34,000 crore is spent on this scheme.

Other programmes like Restart and Navodaya programmes are introduced dor MSMEs and loan restructuring programme is initiated.

He said that providing loans to the farmers had also been advised to the bankers.

Union Bank MD and CEO Raj Kiran Roy said that the chief minister had taken steps to support people during the pandemic. Under him, AP has emerged as one of the top five performing states in achieving UN sustainable development goals for the year 2020

He also said that banks should focus on supporting tenant farmers and providing services in RBKs.

MSMEs sector has received Rs. 40,312 crore as a part of the annual loan plan and the non-priority sector received Rs 60,652 crore. He also requested the CM to give priority to bank employees for the vaccination programme.