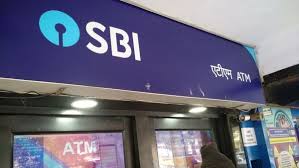 According to the Pradhan Mantri Garib Kalyan package, a sum of ₹500 per month, for the next three months, will be deposited into the accounts of women Jan Dhan Yojana account holders.

SBI has decided to permit withdrawals from Jan Dhan accounts only in a very staggered manner to avoid the rush of account holders looking for money in this tough time of COVID-19.

However, it’s a worry that this financial backing might end in people dashing for withdrawals and rushing towards bank branches against the social distancing norms being practiced to fight.

According to the staggered withdrawal plan prepared by the SBI, customers whose account numbers end with 0 and 1 could withdraw money on April 3. Similarly, those with account numbers ending with 2 and 3 can make a withdrawal on April 4, and with 4 and 5 on April 7, with 6 and 7 on April 8, and with 8 and 9 on April 9. After April 9, beneficiaries may withdraw money at any bank any day at their convenience, the bank said in a statement.