Essar Power Gujarat, Reliance Naval, along Coastal energy are some of the non-performing assets (NPAs). The State Bank of India (SBI) has recognised bad loans amounting to Rs 20,000 crore and is set to transfer the same to the National Asset Reconstruction Company (NARCL), sources close to the development told us. 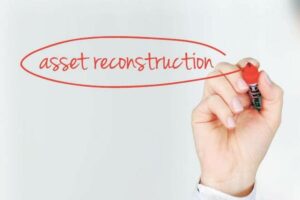 In total, banks have recognised 22 stressed accounts worth about Rs 89,000 crore in the first stage that they want to transfer to the National Asset Reconstruction Company(NARCL). Over time, lenders are anticipated to transfer loans worth close to Rs 2 lakh crore to the bad bank.

In an email reply to us, SBI said, “It is a policy of the bank not to comment upon individual accounts and its treatment.”

We also learned that the operational guidelines for NARCL are in the ending stages, but the worth at which the assets will move is yet to be confirmed.

A senior bank official said: “In case the recovery is higher, assuming it to be 40%, the lenders will get the benefit via security receipts”.

As per the Indian Bank’s Association (IBA) regulations, the accounts that banks have chosen to transfer to NARCL should be entirely provided for by the lenders.

The MD and CEO of union bank of India, Rai, said banks had recognised Rs 89,000 crore which could go to the ARC in the first stage.

Finance minister Nirmala Sitharaman in her Budget speech, declared the setting up of an ARC and asset management company (AMC) for the resolution of stressed assets.