SEPC stated that due to the healthy growth of professional and management consulting, audiovisual, freight and telecommunications industries, the country’s service exports are expected to grow by 10% in 2021-22. Maneck Davar, chairman of the Service Export Promotion Council (SEPC), said that exports from the industry fell by only 3% in 2020-21 to USD 205.27 billion despite the pandemic.

“According to RBI data, we are confident that we will experience high growth again because the performance of professional and management consulting, audiovisual and related services, transportation, telecommunications, computers and information services, freight and other industries is expected to increase by 10% in 201-22,” he said. 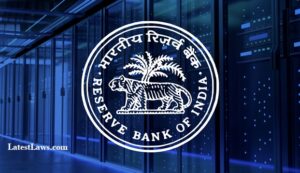 Daval suggested that the government formulate an incentive plan to increase shipments further in the following foreign trade policy. The plan must be results-oriented and support small, medium, and micro-enterprises representing more than 90% of the tertiary industry.

He said that many industries with great potentials, such as telemedicine, business services, healthcare and education, can significantly increase exports. “We are preparing a roadmap to present to the government to further increase exports of the same,” said the chairman.

Over the years, the main markets for India’s services exports have been developed countries such as the United States, the United Kingdom, Germany, the Netherlands, and France. However, he said that the Council’s exports to Ireland, Croatia, Romania, Bulgaria, and Slovenia had increased substantially in recent years.

In addition, India seeks to expand its exports in the fields of professional and management consulting, intellectual property rights, financial, entertainment (including audiovisual and games), auditing, education and healthcare.

He added: “In view of India’s Act East Policy and its strategic partnership with East Asia and the Asia-Pacific region, there is enormous potential to increase our trade with countries such as Japan and Australia, and these countries may become new destinations for our exports. “