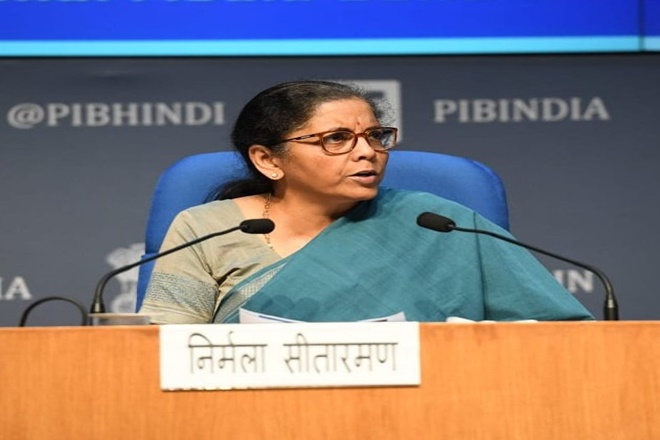 States share released by the Central Government, In an attempt to assist states effectively address the situation arising out of Covid-19. The Centre on Wednesday released the May installment of states shares in Central taxes amounting to over Rs 46,000 crore. The sanction for May installment of states share follows the release of the April installment last month ahead of schedule as a special dispensation to meet the immediate funding needs of the state governments looking to restore economic activity and minimize losses to its citizens due to disruptions caused by lockdowns.

As per a government statement, the highest states share of central taxes for May has gone to Uttar Pradesh with a net transfer of Rs 8,255.19 crore. This is followed by Bihar at Rs 4,631.96 crore. West Bengal has got Rs 3,461.65 crore while Madhya Pradesh has got Rs 3,630.60.
Maharashtra states share has been lower at Rs 2,824.47 crore. Goa and Sikkim have got the least from the central pool of taxes at Rs 177.72 crore and Rs 178.64 crore, respectively.
In its interim report for FY21, the 15th Finance Commission has reduced the state’s share of states in the divisible pool of central taxes by one percentage point to 41 percent, factoring in the conversion of the erstwhile state of Jammu and Kashmir into two Union territories.
The report, tabled in Parliament in February, has also changed the criteria and weights under which funds are allocated to states.
It assigned 15 percent weight to the population of a state, down from the 17.5 percent allocated by the 14th Finance Commission, but raised the weight under demographic performance from 10 percent to 12.5 percent.
The FFC report has also introduced a “tax effect”, for states, with 2.5 percent weightage, while significantly reducing the weight for income distance from 50 percent to 45 percent.