Supreme Court seeks to revise response from the Centre and RBI on Loan Moratorium.

A three-judge bench comprising Justices R Subhash Reddy, MR Shah presided by Justice Ashok Bhushan, has duly noted that the affidavit filed by the Central government concerning sector-specific measures that were recommended by KV Kamath Committee in its report on September 7 is not discussed. The Court has also noticed that the Central government has not shared the details regarding the steps taken for implementation for its policies. 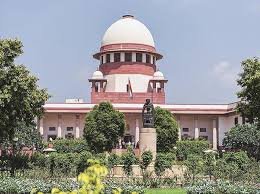 Supreme Court wants to revisit the decision of ‘interest on interest’ waiver and benefits of moratorium provided.

The Supreme Court here on Monday has asked the RBI and Centre to submit a revised response by October 13 concerning the waiver of compound interests on loan moratorium following the Covid-19 pandemic as it does not deal with several issues that were raised by various petitioners.

The Centre had filed an affidavit to waive compound interests (interest on interest) on loans up to 2 Crores on six month moratorium period. They said that the small borrowers who took loans up to an amount of Rs. 2 Crore would get relief and be facilitated from the payment of compound interests by the government.

To Contain the viral outbreak, the Central government had announced a nation-wide lockdown with various restrictions from March 25. During the period between March and August 31, the Court heard petitions by those who approached the Supreme Court to seek a waiver of interest on payments made on Equated Monthly Installments (EMIs) which was announced by the Reserve Bank of India (RBI) to facilitate borrowers following the nation-wide lockdown.

On behalf of the Central government, an undersecretary in the Department of Financial Services, Ministry of Finance, had filed an affidavit.

The waiver on compound interests declared by the RBI will be available on the following loan products such as education loan, housing loan, auto loan, consumer durables, credit card dues, consumption and also borrowings made by micro, medium and small enterprises (MSME).

However, loan amounts exceeding the two crore limit will not be able to request for the waiver that has been initiated by the RBI. Objections were raised by many petitioners concerning the affidavit stating that it was silent on the exemptions to be allowed to various sectors.

The report submitted by KV Kamath Committee on September 7, had included a total of 26 sectors for loan restructuring.

Confederation of Real Estate Developers’ Associations of India (CREDAI), senior Counsel Aryama Sundaram highlighted the point that there is no relief or loan restructuring offered to the real estate sector. CREDAI is an apex organization that represents more than 11,500 real estate developers in India.

The Bench in a statement said, “The Centre and RBI should put out orders in a bid to make the public aware about the benefits extended to them”. Following which the Senior Counsel, V Giri who had represented the RBI, assured the Hon’ble Court to follow up the orders soon.

Justice Shah retorted to the statement immediately, “When will it be done? It has been going on for a long time”.

The next hearing of the case is scheduled on October 13 with the Supreme Court, when the Reserve Bank of India and Centre have been expected to submit a report on the steps adopted by the authorities regarding the implementation of their policies and also to submit a revised response on the loan moratoriums including the KV Kamath Committee recommendations.