Tamper-proof QR code to be made mandatory

For speedy identification and mobilisation, tamper-proof QR codes will soon be required on all high-pressure cylinders and cryogenic containers used for storing and transporting medicinal oxygen. This will assist the authorities in determining how many of these have been filled as well as their location. 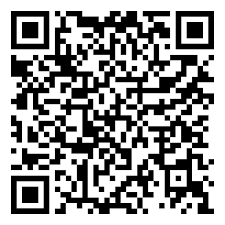 The DPIIT (Department of Industries and Information Technology) has released a draught notification to make this clause mandatory. It proposes to add a section to the Gas Cylinder Rules that states, “All high-pressure cylinders and cryogenic containers used for filling non-toxic, non-flammable gases and liquids shall have permanent and tamper-proof marking in the form of QR code at a conspicuous point on cylinders.”

The guidelines describe “cryogenic containers” as double-walled, insulated closed metal containers with a volume of more than 500 mL but less than 1000 litres that are used to fill, store, and transport cryogenic liquids.

Sources in the industry applauded the decision. They suggested that the government create a standard QR code that can be read by handheld devices or a mobile app. It will aid in the tracking of such containers and cylinders’ location and status.

It will aid in the tracking of such containers and cylinders’ location and status. “The QR code can hold the status of the container or cylinder, such as whether it is full or empty. One of them added, “This is a nice step toward enhancing the tracking of oxygen delivery mechanisms.”

Another industry source stated that tagging or linking liquid oxygen tankers and other hospital storage facilities to a central database for real-time monitoring at the pan-India level is also necessary. “The goal must be to connect the entire supply chain as well as storage facilities so that you can swiftly respond to any requirement,” he added.

The recent experience during the second wave of Covid, according to S P Singh of IFTRT, a Delhi-based think tank on transportation concerns, highlighted how various sorts of industrial and scrape cylinders were created as oxygen cylinders to defraud the poor patients.“As a result, the QR code will include temper proof information, as well as the sort of gas that can be poured in such cylinders. He went on to say, “It’s the most appropriate move at this hour.”