In Mumbai, Manappuram Finance Ltd reported a 5.6% sequential decrease in its gold loan portfolio for the March quarter, which was steeper than analysts expected due to its decision to auction Rs404 crore worth of gold to recover money.

The pandemic’s second wave may have exacerbated the situation, and Manappuram Finance’s management expressed caution about the effects on the gold loan portfolio’s performance.

Because demand for gold loans is unlikely to fall, especially during a pandemic, the lender’s loan book reduction might be a blip. The portfolio’s reduction, according to management, was primarily attributable to an increase in auction amount. As a result, the lender’s gold loan portfolio increased by 12% year over year.

The tremendous increase of Manappuram Finance’s non-gold portfolio, according to analysts, bodes well for the company. The lender saw an 18% increase in consolidated net profit and positive sequential performance on the microfinance portfolio. “Gold loan growth of 10-15% is expected to be achieved by MGFL over the longer tenure.” 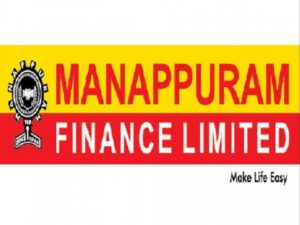 “There is a definite reversal in terms of growth and collections in the other areas,” Motilal Oswal Financial Services Ltd analysts said in a report.

However, a more pressing concern is whether the increase in auctions, in addition to an increase in gold loans during a pandemic, is an indication of growing hardship among Indians. Every quarter, lenders hold auctions, but the increase in the amount is the reason for alarm. Manappuram auctioned Rs404 crore in gold during the March quarter, but just Rs8 crore in the first nine months of FY21.

Gold is a popular asset for individuals in agriculture and related industries to employ like a source of working capital. It’s also a valuable asset for small enterprises looking to leverage their initial investment. Because gold is the most liquid of physical assets, it may also be used for emergency loans during crises. The third use of gold is an indication of increasing tension, especially over the holidays.

During the pandemic, the rapid expansion in gold loan portfolios of lenders, particularly significant institutions like the State Bank of India (SBI), may indicate that emergency use is expanding. Bank gold loans increased by 81% in FY21. The gold loan portfolio of Manappuram Finance was the engine of overall loan growth for several lenders, such as Federal Bank. As a result, small enterprises are unwilling to invest in the capital since the future revenue picture is insufficient. As a result, the majority of gold loan demand was for working capital and emergency needs.

The pandemic’s second wave may have exacerbated the situation, and Manappuram’s management expressed caution about the effects on the gold loan portfolio’s performance.

Alarmingly, the lender had to auction gold at even the lowest prices during the quarter. Remember that gold prices had reduced by more than 10% throughout that time period. Even so, auctioning the collateral would be the final resort. Manappuram gold loan had to employ that last option even though collateral value had dropped dramatically is another indicator of borrowers’ distress.