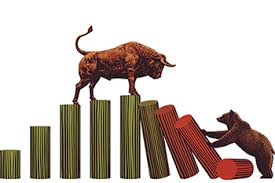 Shares of public utility banks (PSU) continued to rise with Nifty PSU Bank indicating a 52-week new 2,661 week on the National Stock Exchange (NSE) in Friday’s internal agreements between improved profit prospects and share ownership. So far in February, the Nifty PSU Bank index was closer to 47 percent, compared to the 10.4 percent increase on the Nifty50 index. Over the past week, the PSU Bank index has risen 20 percent, compared to the 0.7 percent decline in the rating index.

According to a Reuters news agency report, the government has listed the Bank of Maharashtra, Bank of India, Indian Overseas Bank, and Central Bank of India for inclusion in the 2021-22 financial year.

Meanwhile, the major bank’s Private Banks (PCBs) and Public Sector Banks (PSBs) have reported better performance than expected performance of intangible asset assets (NPAs) with the construction of a pro forma based on the October-December quarter (Q3), while the reconstruction pool (including the residual Q4 pipeline) was also relatively low compared to lead, reducing the risk of tail extinction, analysts at Emkay Global Financial Services said in a report.

Many banks have been making difficult proposals for good supply- = before Q3, so the total cost of supply was average, which resulted in a healthy profit margin. Giving a view to better growth in reviving store growth and inventory levels with the biggest shock in the background, the retailer said it had improved (Pre-result) FY22-23 salary scales for large PCBs by 6-30 percent and PSPS by 14 -60 percent.

Analysts say a sharp rally in the treasury, including the backlog of PSBs, in developing the economic/sectoral vision for sales growth/asset quality and favorable budget proposals (investment cycle, ARC pressure for PSBs and other PSBs), combined with the rotation/flow of the fine field. Potential renewal of the CAPEX / infra cycle could provide additional legitimacy in the case of bank growth, while the bright PSBs and existing PSBs emerging from the merger pain can participate in this growth, they said.