The World Bank due to the pandemic, has approved a USD 500 million loan to help India’s informal working class.

On Wednesday, the World Bank said that it had authorised a credit package of USD 500 million (about Rs 3,717.28 crore) to help India’s informal working class overcome the present pandemic hardship.

The loan will provide states more flexibility to deal with the current epidemic, as well as potential climate and disaster shocks, according to a statement from the World Bank. 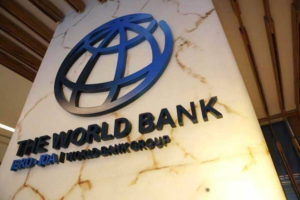 The loan has an 18.5-year maturity duration, plus a five-year grace period. According to the World Bank, the overall loan would enhance India’s social protection programmes, which will benefit the poor and vulnerable.

States can now use disaster response money to plan and implement suitable social protection measures with more flexibility. According to the announcement, the funding would support a social safety programme for urban informal workers, gig workers, and migrants.

In a world where countries are more subjected to an economic, pandemic, and climatic shocks, social protection investments strive to strengthen economies and people’ lives. “This is the larger goal of the World Bank-supported social protection programmes in India,” said Junaid Ahmad, World Bank Country Director in India.

A National Digital Urban Mission will assist in scale-out urban safety nets and social insurance for informal workers by investing at the municipal level to establish a shared digital infrastructure for individuals living in urban regions. It will also provide gender-disaggregated data on female employees and homes headed by women.

This would enable policymakers to eliminate gender-based service delivery gaps and successfully reach the unreachable, including widows, teenage girls, and indigenous women.

Street vendors dominate the informal economy of India’s cities. The initiative would provide street sellers with low-interest working capital loans of up to Rs 10,000.

According to the World Bank, they will be identified by Urban Local Bodies (ULBs) using an IT-based platform. As per the report, the new loan scheme may assist five million urban street sellers.

The operation will improve states’ ability to use resources based on local risk assessments and expand the social protection net for underserved urban informal workers, all while laying the groundwork for a more climate-responsive social protection system,” said Qaiser Khan, Lead Economist, and Shrayana Bhattacharya, Senior Social Protection Economist, and World Bank Task Team Leaders for the operation.