To assist organised players, gold hallmarking will be made mandatory: Titan S Subramaniam.

For assisting organised players, the gold hallmarking would be made mandatory

The main difficulty has been that most of the smaller and unorganised players are trailing behind in getting the hallmarking done. Of course, the COVID scenario may have had an influence on them to some level, but larger players like us are prepared, according to Subramaniam S, CFO Titan firm.

Is a typical June on the way after a difficult May?

I think it’s a little early to say that, considering the lockdowns are being lifted in June. I mean, states have been lifting it over time, as you can see. I’m in Bangalore, and just the most basic stores are still open. From that standpoint, it will take some time. According to our estimates, most of our stores will be opened by the end of June. 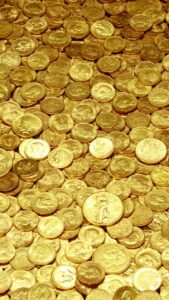 Of course, we are already open in other states, and revenue is beginning to flow in. That is exactly what we are doing. But I don’t think we’ll see most of our stores open until the end of June. Early indications of customer return are, in my opinion, reasonable. But it’s too early to tell how much of that is due to pent-up desire.

Have things returned to normal in the stores and states where the lockdown did not exist or was removed two weeks ago, or are these regional lockdowns also affecting sales and footfall to stores where the COVID impact was not as severe?

No, for example, in the month of May, some of our stores were open, but sales were quite low since sentiment was low and customers were afraid of the weather. More relevantly, we witnessed a great deal of death. This time, it was close family members who are close to us. We lost Titan coworkers, and many of us have had family members die.

In terms of mood, this year is a little different than the previous year. I believe it will take some time for individuals to regain a sense of normalcy. Having said that, if there is an occasion, such as a wedding, people will come and buy once the stores are opened.